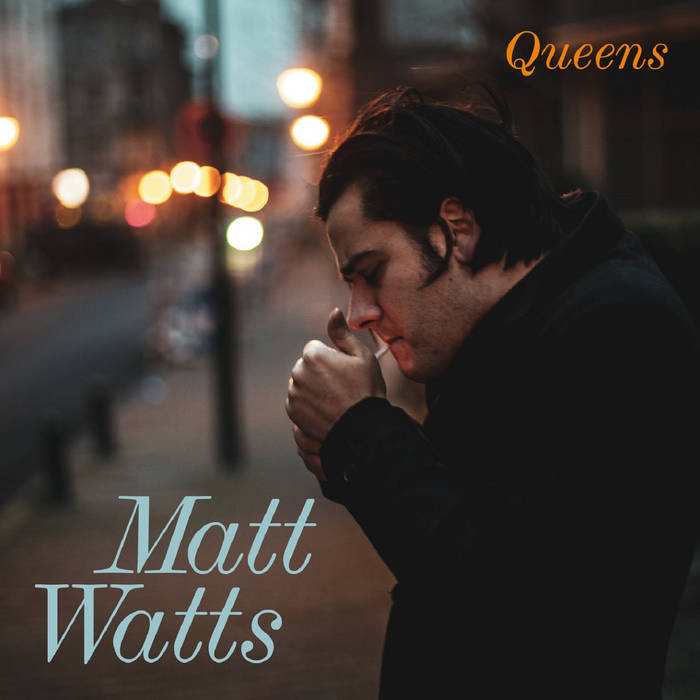 Matt Watts is an American songwriter and performer from Montana currently residing in Brussels, Belgium. He is the son of a catholic priest and mother with Cherokee roots in the Carolinas.

He first began using the electric organ to write songs and also recording them on cassettes when he was 11 years old. When he was 13 his mother bought him an electric guitar from a pawn shop in South Carolina. Using a karaoke machine as an amplifier, he began writing and performing and recorded his first album at age 15 in a small studio in the back of Rod’s Music & Sound in Great Falls, Montana.

In addition to writing and performing his own music, he began performing and touring with various local Punk & Noise bands.

In 2007 when he was 19, he moved to Antwerp, Belgium. Since his arrival he has worked and performed with Zita Swoon Group on their production The Ballad of Erol Klof (2016), become a rotating member of Rudy Trouvé's I H8 Camera, translated Simon Allemeersch and Rudy Trouvé’s critically acclaimed piece SCREEN into English, formed The Calicos (now Humo’s Rock Rally winners under Quinten Vermaelen) as a one time backing band, worked with many artists and songwriters (including Emillina Torini & The Colorist, The Love Substitutes, ..) and toured and released various widely acclaimed solo albums.

His latest album “How Different It Was When You Were There” (Starman Records, 2017 - **** De Standaard) was produced by Nicolas Rombouts (ex-Dez Mona) and featured guest performances by Nathalie Delcroix and Bjorn Eriksson (Eriksson Delcroix) and Stef Kamil Carlens (ex-dEUS, Zita Swoon). The first single ‘Joanne’ was listed as one of the ‘Most Beautiful Songs of 2017’ by Radio 1’s Wonderland program. The second single 'Many A Friend Too Kind' a duet with Stef Kamil Carlens was featured as a Song Of The Week by HUMO.

His solo project has since its incarnation become a collective of many artists and each album a different and true collaboration around Watts' songwriting. In 2019 saw again lot’s of live shows in Belgium and Holland and his longtime Antwerp based label Starman Records released 2 independent singles: ‘Rachel’ featuring Nathalie Delcroix and ‘I Don’t Know Where My Baby Is’ featuring Belgian Artist Guido Belcanto, which is an English translation of his song ‘Ik Weet Niet Waar Mijn Meisje Is’.

Matt Watts was born in Philadelphia, in the USA. He recorded his first songs along the banks of the Missouri River in Montana when he was 15, touring the north-western states extensively as a young troubadour. Since he arrived in Belgium at the tender age of 19, he has grown into a full-fledged singer-songwriter that combines a profound respect for the folk tradition with contemporary influences. ... more

Bandcamp Daily  your guide to the world of Bandcamp